The demand for industrial property at coastal regions is high, but the supply of industrial land ready to hand over in industrial zones in both regions was scarce.

For the southern market (Ho Chi Minh City, Binh Duong, Long An, Dong Nai, and Ba Ria-Vung Tau), the total industrial land area is double that of the northern market, reaching about 38,000ha, 24,000ha of which is leasable industrial land with an average occupancy rate of nearly 77 per cent. CBRE noted that the industrial land ready to be handed over in industrial zones in both regions was scarce.

Vietnam has been studying industrial development for more than 30 years from the coastal provinces of neighbouring countries such as China and Thailand. The main industries that are prioritised to attract investment in these two countries are raw chemicals, pharmaceuticals, machinery, automotive accessories, and electronics. In addition, economic zones and industrial zones located near the sea always have great investment demand and maintain superior rates and occupancy rates.

Vietnam's coastal regions are starting to see a similar trend, receiving great demand from both domestic firms expanding production and multinational corporations. Consequently, the coastal provinces of Vietnam have seen strong industrial development. Compared to other provinces in the northern region, Haiphong and Quang Ninh have more supply allocated for industrial development.

Haiphong is one of the biggest industrial hubs in Vietnam with significant projects such as DEEP C II and III and Vinhomes' new industrial zones. As of the third quarter of 2020, the city recorded an average occupancy of 56 per cent.

Quang Ninh has recently emerged as another coastal industrial hub. The province is expected to provide a large amount of industrial land bank in the future, with the two economic zones (EZs) of Quang Yen and Van Don, with coastal EZs flagged as the new growth engines promoting investment for Quang Ninh. DEEP C, one of the major industrial park developers, is developing an industrial complex associated with a seaport in Quang Yen EZ to exploit geographical advantages and utilise the navigation channel to Lach Huyen deep-sea port. 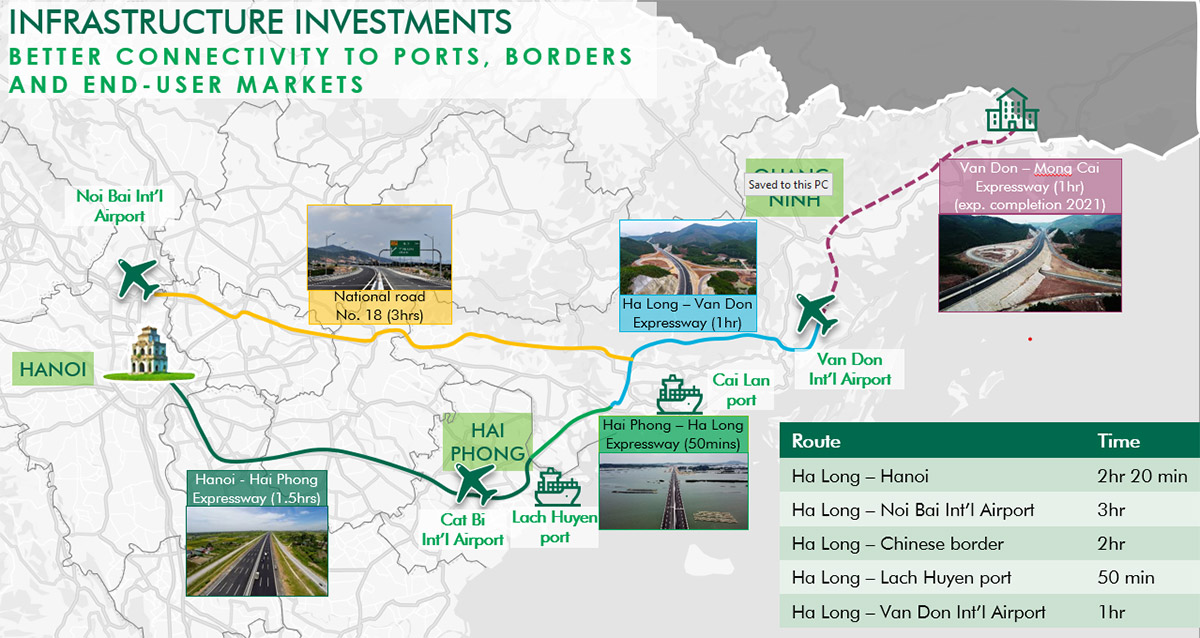 To attract investors, Quang Ninh prioritises the development of the processing and manufacturing industries. Tenants will be able to access the highest corporate tax incentives in economic zones and receive subsidies fro short-term vocational training for employees in the first two years from the date of issuance of the investment certificate. For industrial park infrastructure investors, the lowest rate of land rent for five years is offered with 30 per cent advance support for compensation and site clearance costs as well as another 30 per cent support for the construction of the wastewater treatment system in the industrial zone (maximum VND30 billion ($1,300), payable after construction is finished).

Quang Ninh province is also focusing on infrastructure development such as urgently completing the Van Don-Mong Cai Expressway, which would reduce travel time to the Chinese border gate from two hours to 50 minutes when it is completed in 2021. Highways connecting Hanoi, Haiphong, Quang Ninh, and major seaports and international airports have also been put into operation.

While the COVID-19 pandemic and trade tensions have disrupted global supply chains, Vietnam has been one of the attractive destinations for companies with production lines in China. However, this trend is being interrupted by the US Presidential election as the Biden administration is expected to bring about drastic changes in economic policy, with a deescalation of tensions with China and re-joining the CPTPP forecast. According to discussions with a number of companies interested in moving to Vietnam, investors are waiting to see what course US policy will take.

The growth of e-commerce and logistics companies since the start of COVID-19 has created a huge demand for storage space and distribution networks. Therefore, the need to find land to develop logistics facilities dominates the market. Since the end of 2018, the market has welcomed many foreign investors in logistics warehouse development such as BW Industrial, LogisValley, LOGOS, and GLP entering the market. Mapletree – one of the pioneering investors in building rental warehouses from Singapore – is also aggressively expanding its land bank. By 2021, the market is expected to receive about 800,000 square metres of warehouse supply for rent, mainly in the areas of Bac Ninh, Hai Duong, Haiphong, and Quang Ninh.

Electronics and supporting industries/automobile manufacturing are considered the key sectors in attracting investment. CBRE acknowledges the entry of many large tenants in the electronics sector, including smartphone makers in an industrial park in Bac Ninh (100ha) and Universal Scientific Industrial at DEEP C Haiphong I Industrial Zone or Wistron in Ha Nam. 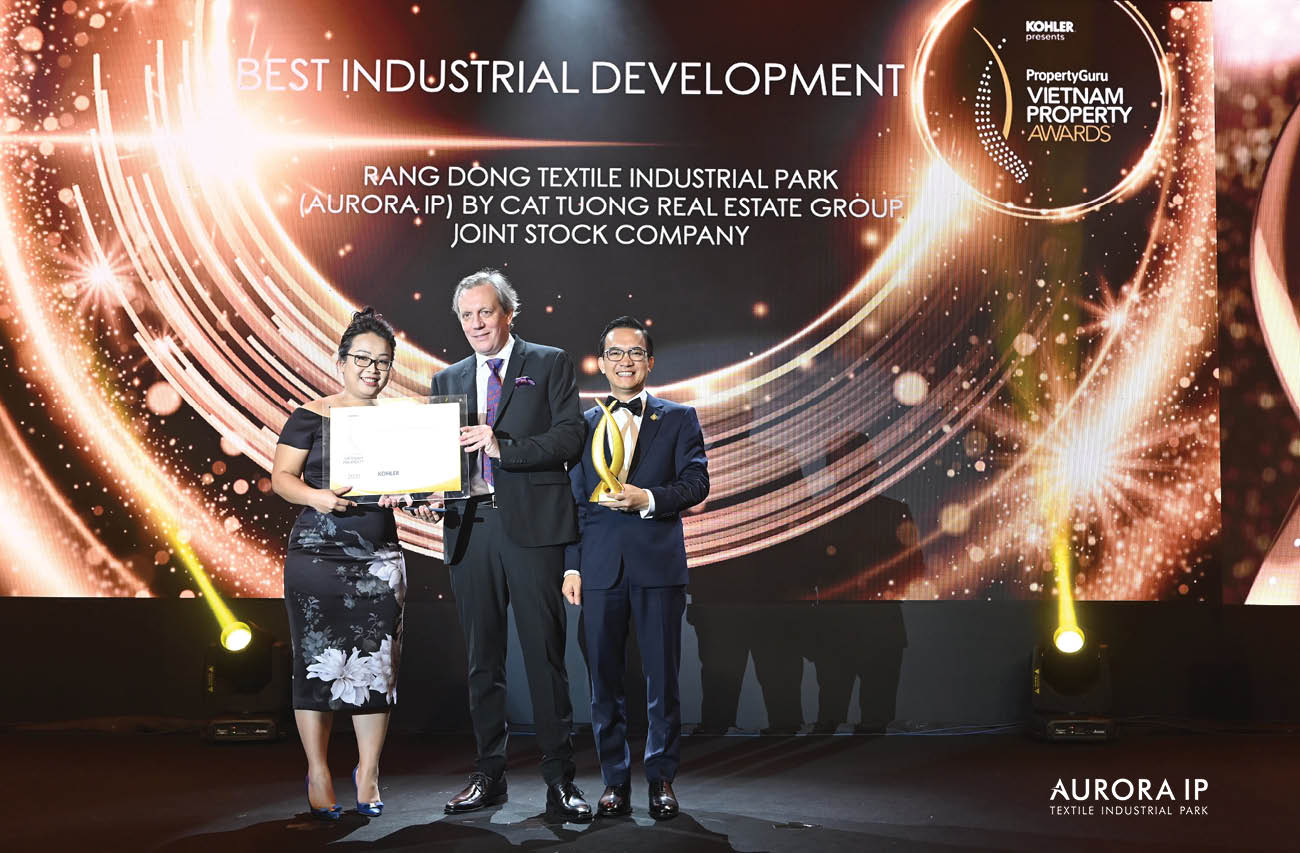 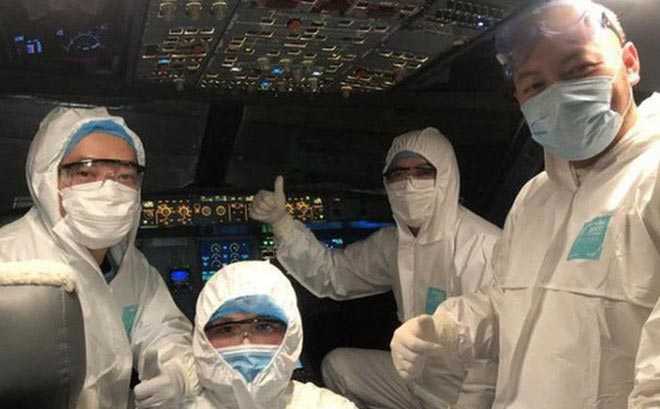 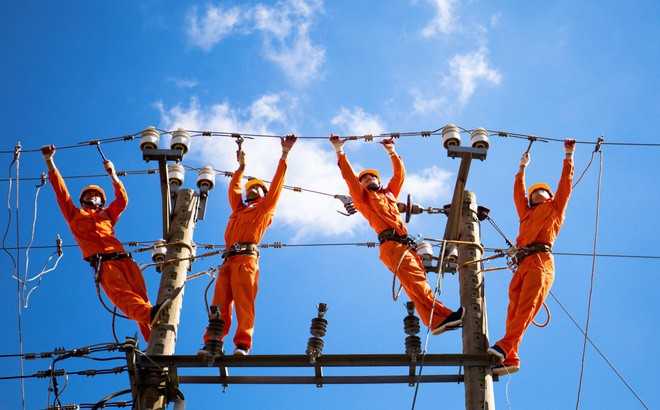 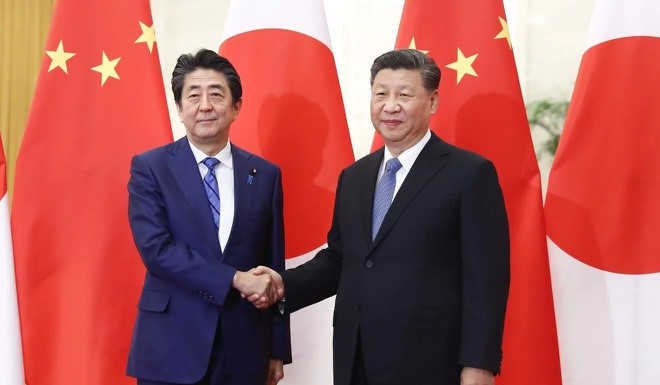 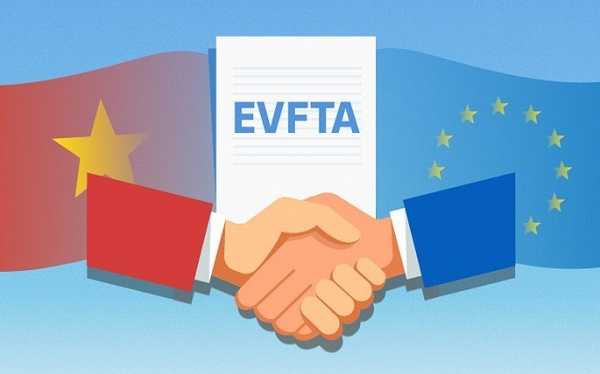